Many have asked when Super Plumber Bros comes out and Living in 8 Bits returns. We wrapped filming about a week ago with our partners at Cinevore Studios, but there is still a lot of work to be done. In the past, we would often film a Living in 8 Bits episode and then release it, film a new one, then release, and repeat. That process was taxing and draining on the crew. With this, we decided to shoot all 6 episodes up front, so the entire season will be completed before we release a single episode.

With all 6 episodes now “in the can,” we move onto post production. The episodes have to be edited, sound mixed, scored, get graphics, and there are even some VFX shots that have to be done. Filmmaking is a long laborious process and takes time. 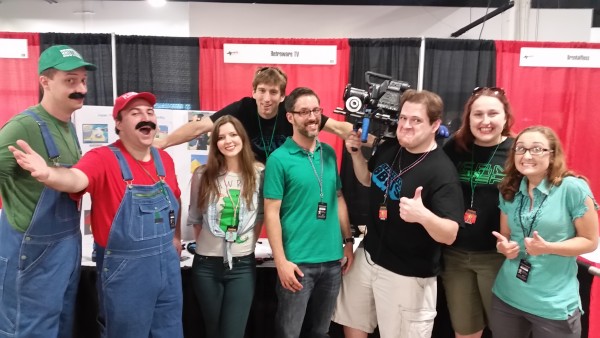 So why haven’t we released any set photos, stills, or footage? We want to keep the surprise. We have no Star Wars like spoilers or anything, but we feel it will be a more hilarious experience to watch it fresh. Don’t worry, we’re currently working on not only the episodes, but a trailer for the 6 episode season. That will release some time after the New Year. 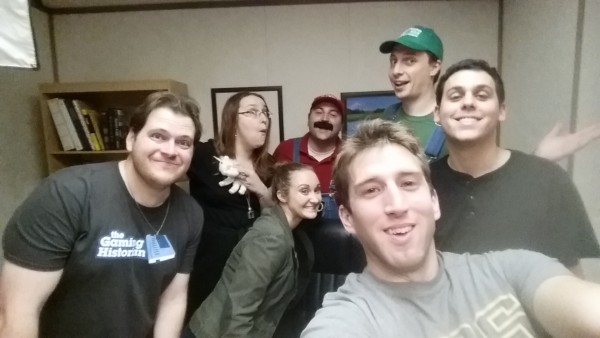 There has also been some questions about what or who will be in the series, so here is a short FAQ if you will:

Will it be the same Living in 8 Bits as before?

What is Super Plumber Bros about?

The new series follows the Plumbers bringing their quirky world into real life settings.  We’ll reveal the overall plot once we release the trailer.  It tells a a 6 episode story arc, so each episode runs into the next.

Will it be the same cast and characters?

Joey and Matt will be reprising their roles as the Plumbers. We will be introducing a mix of new and familiar faces to portray the different characters in the season. You will see many of your favorite Living in 8 Bits actors interspersed throughout the season along with some great cameos from our friends in the YouTube community. Where Living in 8 Bits featured a more Monty Python style rotating core cast, Super Plumber Bros will follow a more consistent continuity. In other words, double casting has been kept to a minimum. 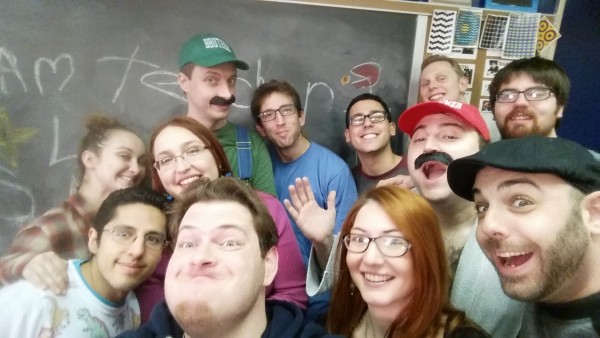 Will you be making spin-off series of other characters like Wily Corp, Box Art Commando, or Greg Belmont?

Will there be new Living in 8 Bits episodes in the same format and style as the first 5 seasons?

There are currently no plans to produce any new Living in 8 Bits episodes in the original format.

When will Super Plumber Bros be released?

Can you give us at least one set photo so we know that you actually did film something?

All right, but only because you asked very nicely!

While filming Super Plumber Bros, we would often break out into a spontaneous Harry Belafonte dance party. Here’s some Behind the Scenes goodness. #superplumberbros #livingin8bits #mixednutsproductions #cinevore #filmmaking #webseries #retrogaming #retrowaretv   A video posted by Mixed Nuts Productions (@livingin8bits) on Jan 9, 2016 at 8:37am PST

In the meantime, check out some of our newer projects including Moot, Lori Reed’s “Don’t Look Back” Music Video, and an upcoming short film with Cinevore called Vessel.  Another great way to support us is by getting a Living in 8 Bits DVD at our Site Store.

Thank you to all the fans!  We’re very excited to show you what we’ve been working on for the past year! 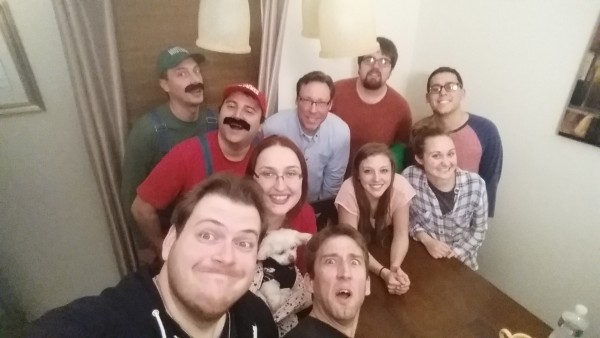