Short film produced with Cinevore Studios. Haunted by dreams, Molly tries to convince her family that something is wrong with her pregnancy, but no one heeds her warning. Vessel is the directorial debut of Stephanie Yuhas, starring an entirely female cast led by Sarah Braun. This is a short film to be released in 2016, based on a short story in Stephanie’s science fiction anthology Dream in Sci-Fi.

Vessel was made possible, in part, by a grant from the Delaware Valley Filmmaking Foundation. 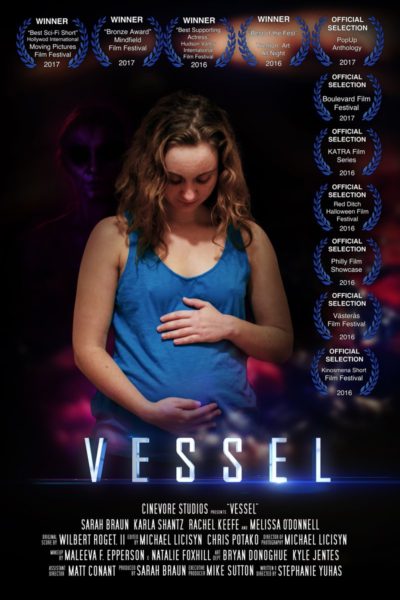